Laroze
Don't Make Me Over 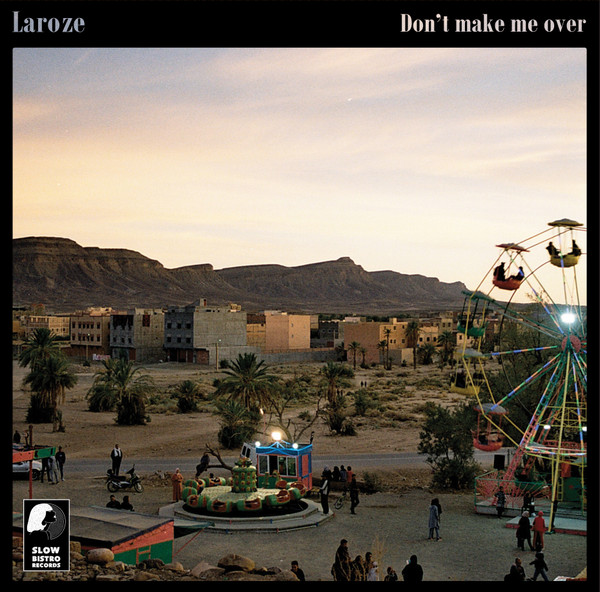 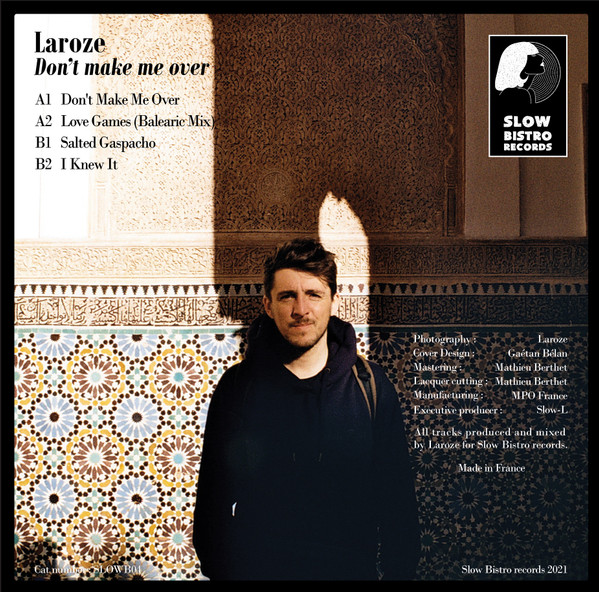 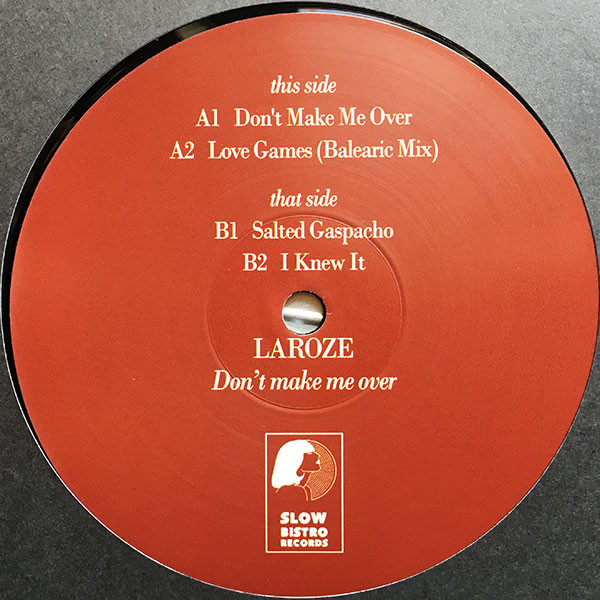 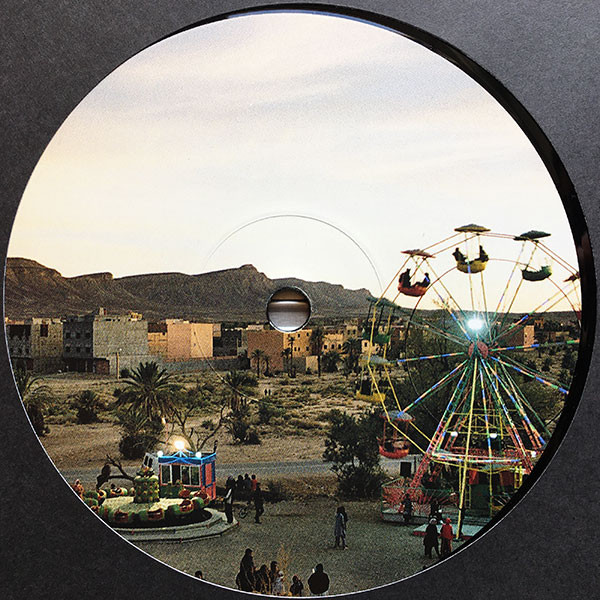 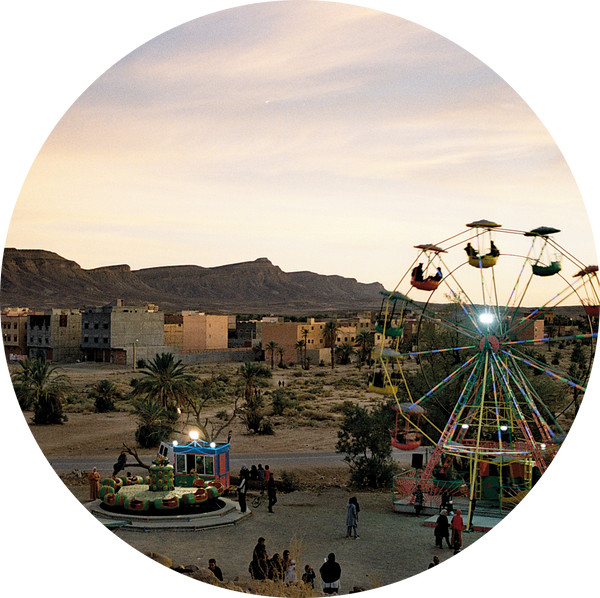 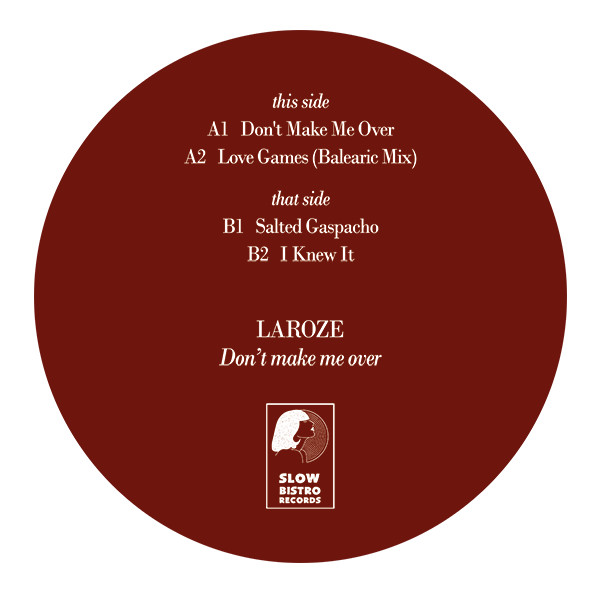 Don’t Make Me Over

**** DIZONORD DEADSTOCK ****This 2014 deadstock is the first instalment of French label Prospector, a combination between San Proper's (Rush Hour, Perlon...) & Pit Spector's (Logistics, Minibar...) twisted minds, both long time Dizonord friends. This time Pit Spector invited his brother Ark (Perlon, Versatile...) with a brilliant remix by German expert LoSoul. Beautiful pressing and sleeve design by graffiti legend O'Clock. Also comes with a O'Clock poster inside.Conceiving a new concept that pulls together production and performance, Pit Spector threw a series of Prospector parties since 2014. For each soiree, he invites a guest artist to his studio to work on exclusive live shows for the club as well as on new music for the label.

Sometimes there’s a huge talent out there and you desperately want the whole universe to discover it. That’s pretty much the story of Parisian label Chuwanaga with young French artist Koji Ono, composer and producer of these four precisely crafted gems, recording everything by himself. Brilliantly mixed by Greita from Disques Flegon, his first EP Incognito is the product of a lot of influences, from Metro Area vibes to the original Britfunk sound. With an inner sense of elegance in the arrangements - something we may link to his Japanese heritage? - The whole EP brings musicality back on the dancefloor. We believe this could be the beginning of a great story for this talented musician, Koji Ono emerging from the incognito shadow to the whole light of the world. Don’t miss out!

Mona Musique is the imprint from Nick V, curator and resident DJ behind longstanding night Mona. First and foremost the vinyl-only label is an embodiment of the Parisian parties that have been bringing together Voguers, Waackers and club dancers for more than a decade. Calling once again on the production skills of Hugo LX - who featured on Mona Musique’s debut release – “NY Collage” reminds us why he is a firm favourite with label boss Nick V. A standout soulful bassline and trademark Hugo LX drum beat, makes this a sophisticated choice to lift up the dancefloor.Over on the B side is a remix from man of the moment Kaytronik. The DJ/producer veteran, also known as Karizma, has reworked the track to almost beyond recognition. Deep and dreamy, a new bassline gives it that raw kick, evocative of London in the later hours of the night.Closing off the EP is a remix of ‘Drifting Away’, Hugo LX’s aforementioned Mona Musique debut. Crafted by Ambrose, the production head behind releases on late 90s House labels Kif SA and Basenotic, he is also the imprint’s studio engineer. A fan of the Kenlou/MAW era, Ambrose’s rework remains true to the deepness of the original cut, but mixes things up with a tougher, harder-hitting edge and wonky keys.

Knock Me Out EP…

Welcome to the funky zone of Boogie Butt, the label that brings you the bass with some musical flavor and boogie synthesizers. On this 4 tracks EP cooked by Lord Funk, you’ll find on A side “Blow Your Mind” featuring Djazzafonk on guitar & jam synths and “Knock Me Out” a killer P-Funk. On B side, you’ll have between the dope boogie of “Luv Girl” or, last but not least, “Do It (If U Like)” for the hypest dancefloors. Don’t miss it!

Keep On Hangin On …

Diggin Deeper brings the funk with a Trans-Atlantic split EP from two edit masters.Side A features Philadelphia disco don Michael The Lion, who has earned raves for his work on Soul Clap, Razor-N-Tape and Giant Cuts. His "Keep On Hangin' On" is a raw take on the classic "French touch" style - live vibraphone and bass elements to give a jolt of energy to a loft classic. With "Finally", Michael brings some nasty boogie funk with a groove that will give you the gas face.Side B showcases two tracks from Frenchman Jay Airiness, best known as half of the Parisian disco band Venice Beach. On "Funky Situation," Jay brings some oomph to a disco jazz groove that sails along. But Jay's touch is most evident on "Two of Us”, a boogie-house banger that has made its way into a lot of well-connected DJs sets recently. This 12" has four, diverse joints which can be dropped in different phases of an all-night party - a DJ's best friend!