Michael The Lion Jay Airiness
Keep On Hangin On 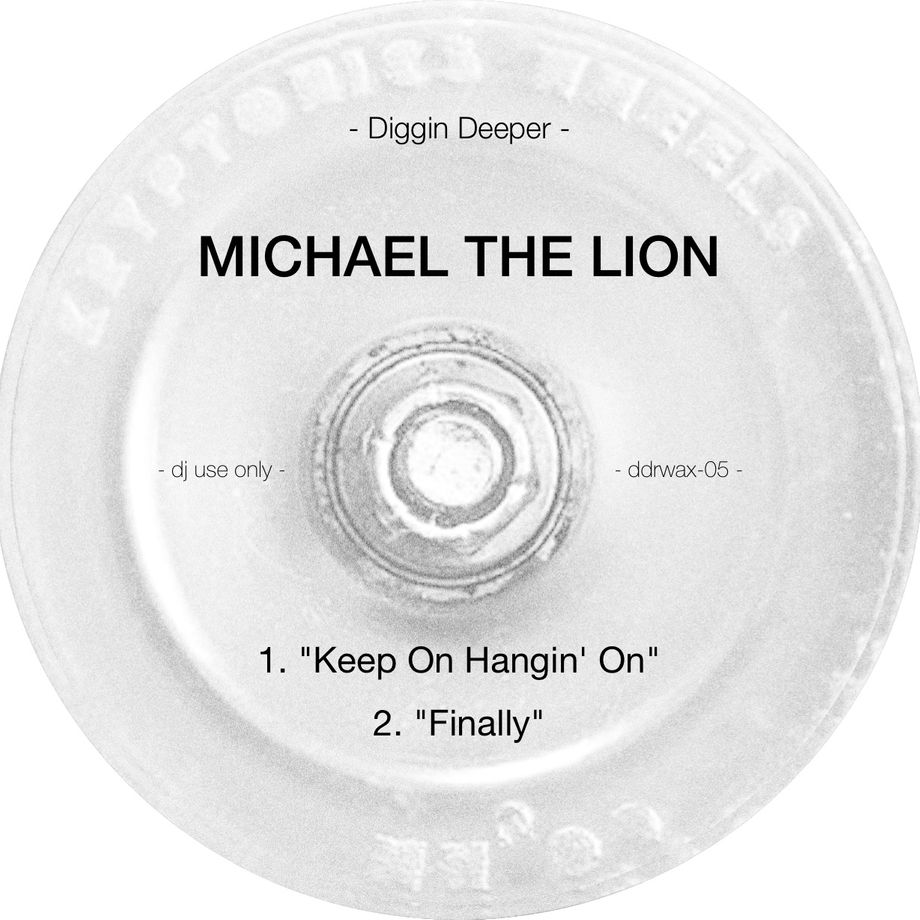 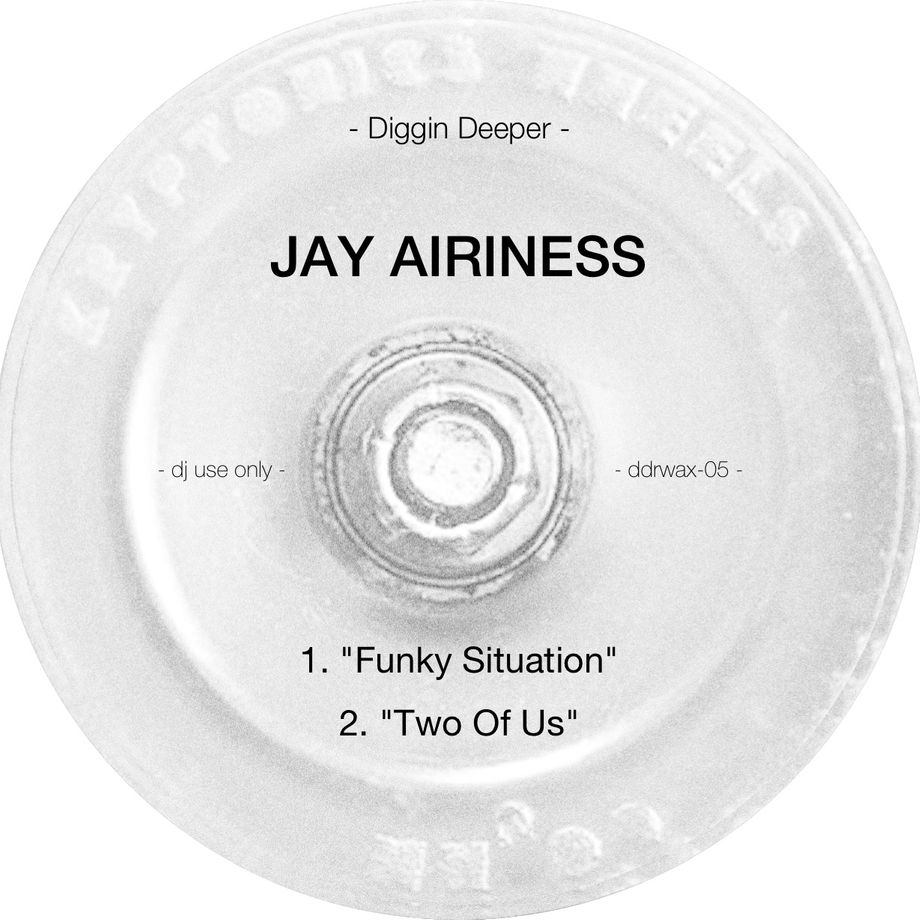 Side A features Philadelphia disco don Michael The Lion, who has earned raves for his work on Soul Clap, Razor-N-Tape and Giant Cuts. His "Keep On Hangin' On" is a raw take on the classic "French touch" style - live vibraphone and bass elements to give a jolt of energy to a loft classic. With "Finally", Michael brings some nasty boogie funk with a groove that will give you the gas face.

Side B showcases two tracks from Frenchman Jay Airiness, best known as half of the Parisian disco band Venice Beach. On "Funky Situation," Jay brings some oomph to a disco jazz groove that sails along. But Jay's touch is most evident on "Two of Us”, a boogie-house banger that has made its way into a lot of well-connected DJs sets recently.

This 12" has four, diverse joints which can be dropped in different phases of an all-night party - a DJ's best friend!

Michael The Lion - Keep On Hangin' On

Jay Airiness - Two Of Us

** Available exclusively at The Pusher **Möbius is an aerial ballet created by Cie XY in collaboration with the choreographer Rachid Ouramdane, and composers Jonathan Fitoussi & Clemens Hourrière. One of the most sensitive sets of ears in Paris, GRM affiliate Jonathan Fitoussi meets Clemens Hourrière for a beautiful 3rd album called "Möbius". After their acclaimed "Five Steps" [2015] & "Espace Timbrés" [2018] on Versatile records, Fitoussi & Hourrière tethered again to the classic Buchla modular synthesiser, but this time for composed the soundtrack of an amazing aerial ballet in collaboration with Cie XY and famous choregrapher Rachid Ouramdane; Widescreen results-"For Möbius we have teamed up with two composers, Jonathan Fitoussi and Clemens Hourrière; for several years now they have shared a common passion for electronic instruments with their unique incredible sound. We soon found there was a lot of common ground between our own acrobatic research and the way they create music : their sounds meeting, colliding or clustering together in a slow and finely nuanced progression, requiring the same continuous adjustment as our own process. This constantly evolving music with its expansive percussion will leave the door wide open to flights of the imagination, transporting us to strange atmospheres, at times disturbing, at others invigorating..." Cie XY

Run by two Tokyo based Frenchmen, Jazzy Couscous is a new label rooted in a love for Jazz and the urban movements it spawned, from House to Hip-Hop and everything in-between.House music nerd with a Hip-Hop background, Alixkun is the DJ of the crew. You can catch him playing numerous clubs around Tokyo and writing for Japanese house encyclopedia House Definitive. His journalism and highly regarded sets led him and the team to be invited on stage for Dommune, Japan's Boiler Room equivalent. Klodio, on the other hand, is an upcoming producer to keep an eye on in 2015. Soon to drop his debut release “Toktroit”, he pays tribute to some of his biggest musical influences, Detroit and Tokyo; combining a clear love and appreciation for the early UR House sound, with a fresh Tokyoite vibe that will take you on a full speed night drive through the neon highways. A versatile soul head, equally at home with House, Techno, Hip-Hop, and even Drum’n’Bass, Klodio knows no boundaries when it comes to expressing his deep Jazz infused roots.This year will see various projects in which Alixkun will express his soft spot for Japanese rare-grooves and Japanese House music. Also planned for release is a second EP of fine House music by another French producer, so stay tuned for more by Jazzy Couscous!

Deux Filles was not, in fact, two girls despite what the group name and its elaborate hoax of a backstory suggest. No, they were not Gemini Forque and Claudine Coule, French women who met as teenagers under tragic circumstances and became fast friends, recording two albums together before disappearing into the ether. In reality, Deux Filles was Simon Fisher Turner and Colin Lloyd Tucker, a UK duo who first worked together in an early incarnation of The The. Straddling the line between experimental and pop, Turner was an actor and teen singing star who later composed soundtracks for the iconic queer filmmaker Derek Jarman while Tucker’s career began as an engineer for the famed UK library music studio, De Wolfe, before forming experimental wave group The Gadgets. In Deux Filles, the duo found an outlet for their least commercial tendencies, combining lo-fi proto-dream-pop instrumentals with samples, tape experiments, ambient textures, and drum machines. Even in the vibrant, seemingly endless well of UK DIY, Deux Filles stand out.Double Happiness is the duo’s second album, originally released in 1983 on their own imprint, Papier Maché. Full of meandering guitar and with a more ominous tone than the debut, the album is recommended for fans of Durutti Column and Thomas Leer & Robert Rental’s The Bridge.

Piyojo's work is an alternately contemplative and contorted journey through unconscious spaces in research of "time" echoing electro-tribalism and ethereal minimalistic micro-music compositions.

Mark Du Mosch and Eliott Litrowski team up for our new compilation Vâhana #02.On the one hand, the experienced Dutch producer, respected by the entire electronic scene for his raw and emotional work.On the other, Eliott Litrowski, the young French revelation based in Copenhagen, with crazy energy and limitless creative ambitions, who likes to oscillate between dark techno, Chicago house and italo disco.This unprecedented alliance between Mark Du Mosch and Eliott Litrowski perfectly represents what Cracki Records has wanted to create and transmit with its Vahana project since 2013, ie the meeting between an established artist and an artist in the making.