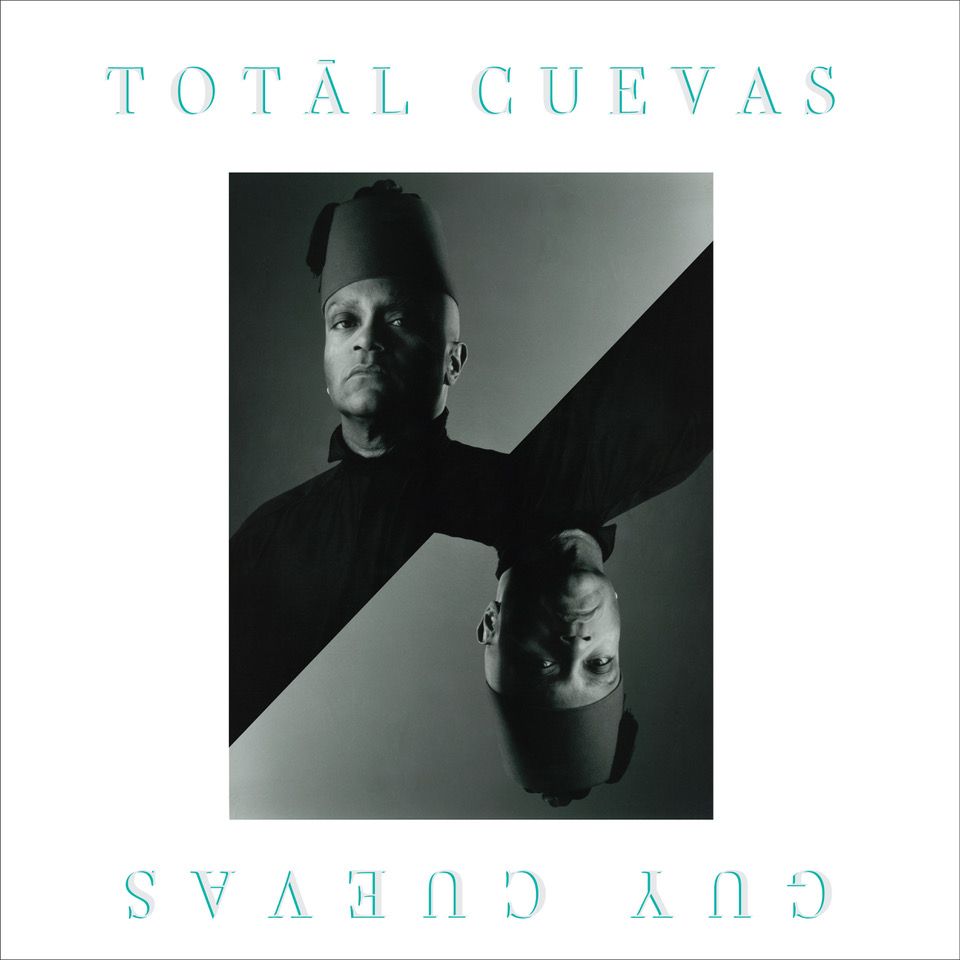 Libreville Records presents Totāl Cuevas, a seminal compilation album of legendary DJ Guy Cuevas's own music.
Guy Cuevas is a French-Cuban writer, musician, and DJ, a pioneer of the art of modern DJing.
A key figure on the Paris night scene, Guy Cuevas gained a cult status as the resident DJ of the mythical nightclub Le Palace, gathering thousands of people every night under his booth, shepherding them with his music towards euphoria. He also collaborated with a great number of Fashion brands, such as Yves Saint Laurent, Kenzo, Dior, Hermès and many more.

In the early 80s, Guy Cuevas released a handful of records, channeling his hedonism and natural grandeur into his sound, creating a unique music of his own.
Totāl Cuevas brings together music from his three singles Ebony Game (1981), Obsession (1982), and Gallo Negro (1984), and includes previously unreleased alternate mixes.
Guy Cuevas’s most iconic output, "Obsession - The Nassau Mix" (mixed by François K) gets a fresh new reboot with "Obsession - The Paris Version".

Remastered from the master tapes.

Island In My Mind (Edit)

Everywhere Is My Home

This disc closes the triptych of the two previous opuses. It's an imaginary road trip in accordance with the previous records, we find the usual groove with psychedelic flights while keeping those melancholic melodies dear to Lucien & The Kimono Orchestra.

Mediterranean pop songs screwed with dirty RnB sounds. Disorientating, freudian slip disco edit takes to the clubs; up-tempo, left of field and a down right dub siren infused banger - confused yet? Slow-mo dub melting in the heat of the eternal summer, untether yourself and drift away.

Phnom Penh is a Japanese instrumental band. Their first single “Joy” is a perfect mix between no wave and balearic disco. In the lineage of the Yellow Magic Orchestra, Phnom Penh cheerfully mixes synth arpeggiators, drum machines & live instruments. On the flipside, for your extra dancing pleasure Dr. Dunks aka Eric Duncan (Rub n Tug, Still Going) took the song into a psyche disco excursion, with an hyponotic bassline and some killer breaks.

For the second chapter of his odyssey, we find again Le Commandant Couche Tôt in the middle of the Amazon River, escaping from drones and wildfires in a hovercraft.Une Histoire d’Amour Brésilienne (A brazilian love story) shares a dystopian vision widely inspired by the environmental issues of 2020 and 2021, which illustrates a form of anxiety toward the future.Its soundtrack however is purposely the antithesis of the story: a very optimistic tribute to space-disco and brazilian funk. A “good vibe” pill to give hope for a new beginning.

New Jersey Born Clyde Kingrap aKa The Real Fake MC is probably the freakiest MC on earth. His mum probably chose to feed him with Kurtis Blow and Afrika Bambatta’s wax instead of motherly milk, but that’s OK now, he knows how to feed himself on his own…. His Flow is definitely influenced by old school masters (Grandmaster Flash, Kurtis Blow), but the Real fake MC declares that his major influence remain in P-Funk & Gogo Funk.For more than 15 years he's been grabbing mics and spreading funky vibes on stage & in collabs all around the world. For his first solo album Clyde Kingrap aka The Real Fake MC drops us 11 of his funk tracks produced by French producer Patchworks aka Mr President. These two musicians have been dropping some tracks together for more than a decade, with always the same target: educate their love for Hip-Hop with jokin lyrics & Funk inspired beats played live with instruments.In this LP you will find tracks from his first street-tape with Patchworks, tracks from his two 12" out on Favorite Recordings, “Live & Survive” & “Hunt Ya Sunshine”, and some new exclusive joints never released before.

Favorite Recordings proudly presents this new official album reissue of Dreamer of Life by Greg Yoder: A killer AOR private press LP infused with Folk, Jazz and Soul notes and maybe one of the best albums from the Hawaiian Scene in this style.Originally from San Francisco, Greg Yoder moved to Hawai'i in the early seventies and after achieving some local fame in the Waikiki area, recorded this one-off LP in 1976 at Audissey Sound studios, in Honolulu. The music is smooth and soothing, mixing xylophones, percussions, sweet guitars and brilliant orchestrations. In short, Dreamer of Life is full of hidden hits and faultless from the first note to the last.Following his various projects at Favorite Recordings, DJ and producer Charles Maurice recently unveiled this masterpiece by selecting the song “Things Were So Easy” on the AOR Global Sounds Vol.2 compilation. And after the label contacted Greg Yoder about it, the idea of reissuing this amazing album quickly became obvious.After its various compilations reissues over the past 2 years, Favorite Recordings is more than ever keen to enlighten rare-groove forgotten music and will quickly follow-up with great new full albums and compilations reissue projects in 2016.Fully restored and remastered with great attention to sound quality, Dreamer of Life by Greg Yoder is presented in a deluxe vinyl version, housed in a tip-on jacket, as CD and in Digital versions.