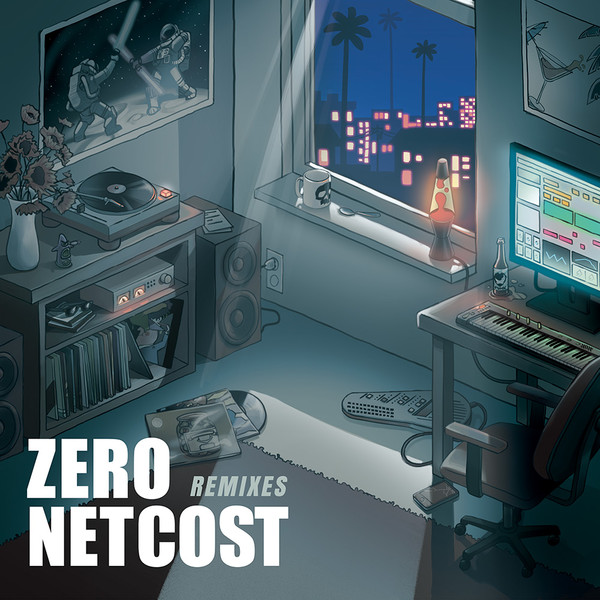 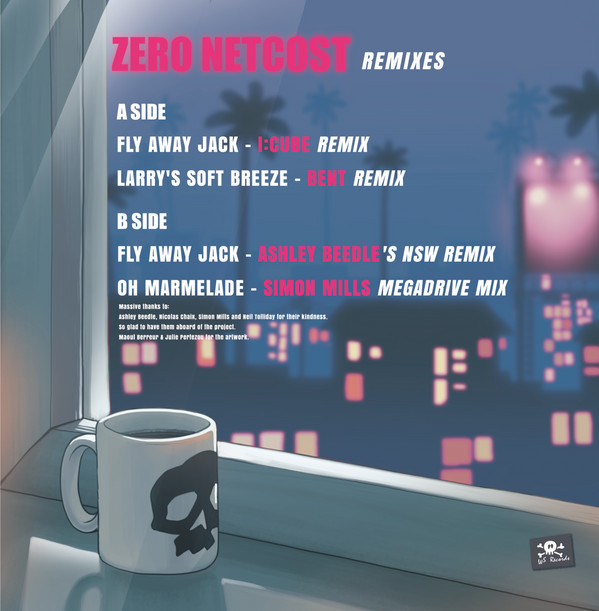 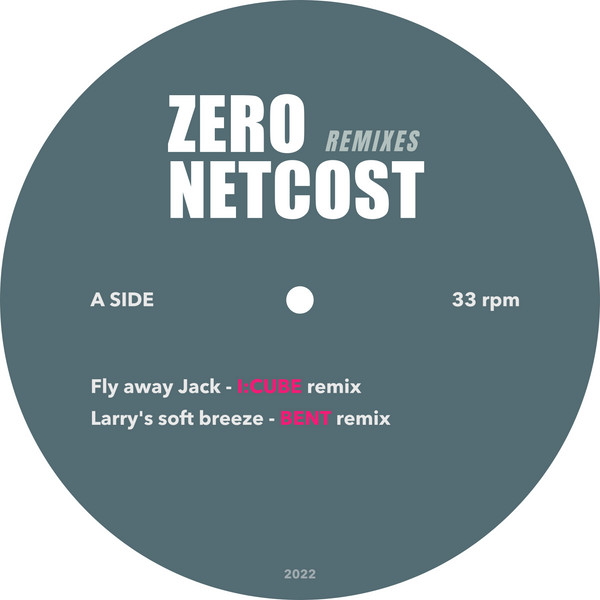 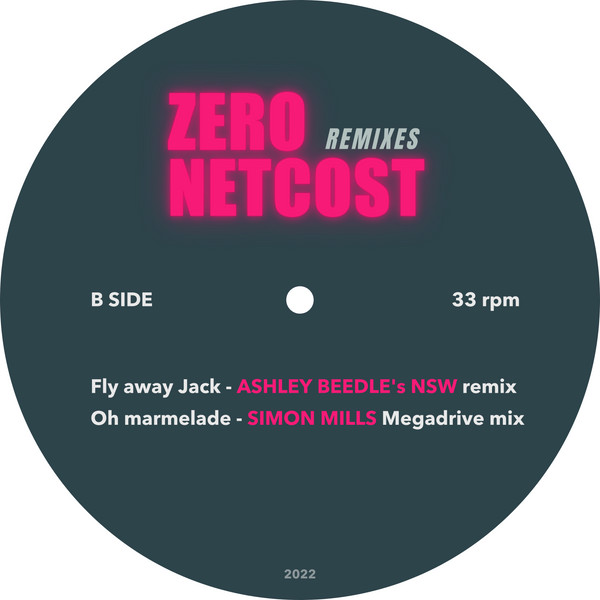 It's been a long journey for Romain Bezzina aka Zero Netcost ever since 2002 when he discovered the band that would become his favorite of all time: The British duo Bent through the amazing track "Always" remixed by Ashley Beedle.

Twenty years later, the circle is complete with this compilation of remixes from all his idols including, of course, a beautiful atmospheric/downtempo remix from Bent, a cheeky mega drive mix from Simon Mills (one half of Bent), a chunky sunny remix from the legendary Ashley Beedle, and to complete this nice bunch of guys, a very nice sharp balearic remix from the amazing I:Cube. Enjoy!

Going To A Go Go…

Bruno “Patchworks” Hovart is one of the top producers of today’s groove music scene. After playing as a bassist and guitarist for various bands, he started producing in the mid-nineties and has kept on mixing today’s technologies with the raw spirits of House, Electronic, Disco, Funk, Soul, Reggae & Jazz music’s golden years since then.Following the trail of success left by his various projects as Patchworks, and under many aliases, he’s proved his musical ubiquity and unexpectedly stroke in various genres. Many House music diggers would indeed remember that before Favorite Recordings was launched in 2006, Patchworks produced many deep-house tracks on various labels.On this new EP, he’s back as Mr President with 2 new banging titles brilliantly mixing House music atmosphere, with Soul and Disco vibes. He’s also teaming up again with Sabba MG on vocals, following to their great “Give My Love” efforts, released on EDR Records 3 years ago. As “Going to a Go Go” is a fully exclusive work reminiscent of the early House music scene from New-Jersey or Chicago, the nice Disco flavors of “Night Time” also come to announce Mr President’s upcoming new album in 2017.

Sarah Benabdallah and Alexis Lebon are a very 21st century musical coupling, absorbing their metropolitan surroundings while tapping into a rich cultural heritage, not unlike fellow countrymen PNL or the Dutch band Altin Gün. A Paris-based duo set for greatness they might be, but it’s fair to say Mauvais Oeil are operating under a misnomer: while their name means “evil eye” in French, you’ll only experience enlightenment when you lay eyes (and ears) upon them.Mauvais Oeil are set to release their debut EP Nuits de velours, a magical melting pot of musical shibboleths and contemporary grooves. On opener “Mes nuits de velours”, we’re transported in the land of 1001 Arabian Nights, with the music every bit as smooth and alluring as the subject matter. “Afrita” is a trance-inflected musical acclamation evoking all the madness and gayety of a midsummer souk. Sung entirely in Arabic with delightful blasts of strings, it’s a North African-influenced banger with a delicate wistfulness.“Asha” meanwhile is in a reference to Asha Vahishta, the middle-eastern concept of truth according to the ancient religion of Zoroastrianism. Sung again in Arabic, it features catchy Phrygian guitar manoeuvres played over ambient analogue keyboard strokes. The E.P. is completed by “Constantine”, a song of longing, dedicated to the home of Sarah’s forebears.Having met in the arty northern faubourgs of Paris, Sarah and Alexis soon developed a musical telepathy and a shared sonic agenda, mining their own histories for the profound cultural roots that underscore Mauvais Oeil, while absorbing the ubiquitous sounds of the suburbs, where Turkish, Armenian and Ethiopian music ring out. The band’s moving and melancholic chansons are delivered with a delightful French pop sensibility, making Mauvais Oeil one of the most exciting and musically diverse prospects in 2019.

Mangabey presents Illusion EP his first EP to be released on the Parisian label Cracki Records! Analogical house, groove, melodies, chords and improvisations specific to jazz, the whole infused with the codes of a more modern Chicago House, the 6 tracks of this record are made for dancefloors !

**** DIZONORD DEADSTOCK ****This mid 2010's branch of Dizonord co-founder DDD aka The Hustler's label was meant to provide a home for local (both La Source & DDD Records Paris shops) dancefloor artists' first releases on wax. It was also a way to challenge those young artists with veterans such as DJ Nature and Teknotika.

**** DIZONORD DEADSTOCK ****These mint late 90's early 2000's Italian deadstocks come straight from Afro / Cosmic and Tribal Italia headquarters near Rimini where the club Melody Mecca spread the movement following Daniele Baldelli & Beppe Loda seeds. Consider "Afro" like what some would have called "World" has we're speaking about crazy African, Oriental, Indian, Reggae, Latin, Brazilian and even Bulgarian & Irish downtempo wrong speed trance tracks and edits like (!) Might be cheesier and more fun than expected since Dizonord recent Studiolo compilation, hope you're ready for the ride.