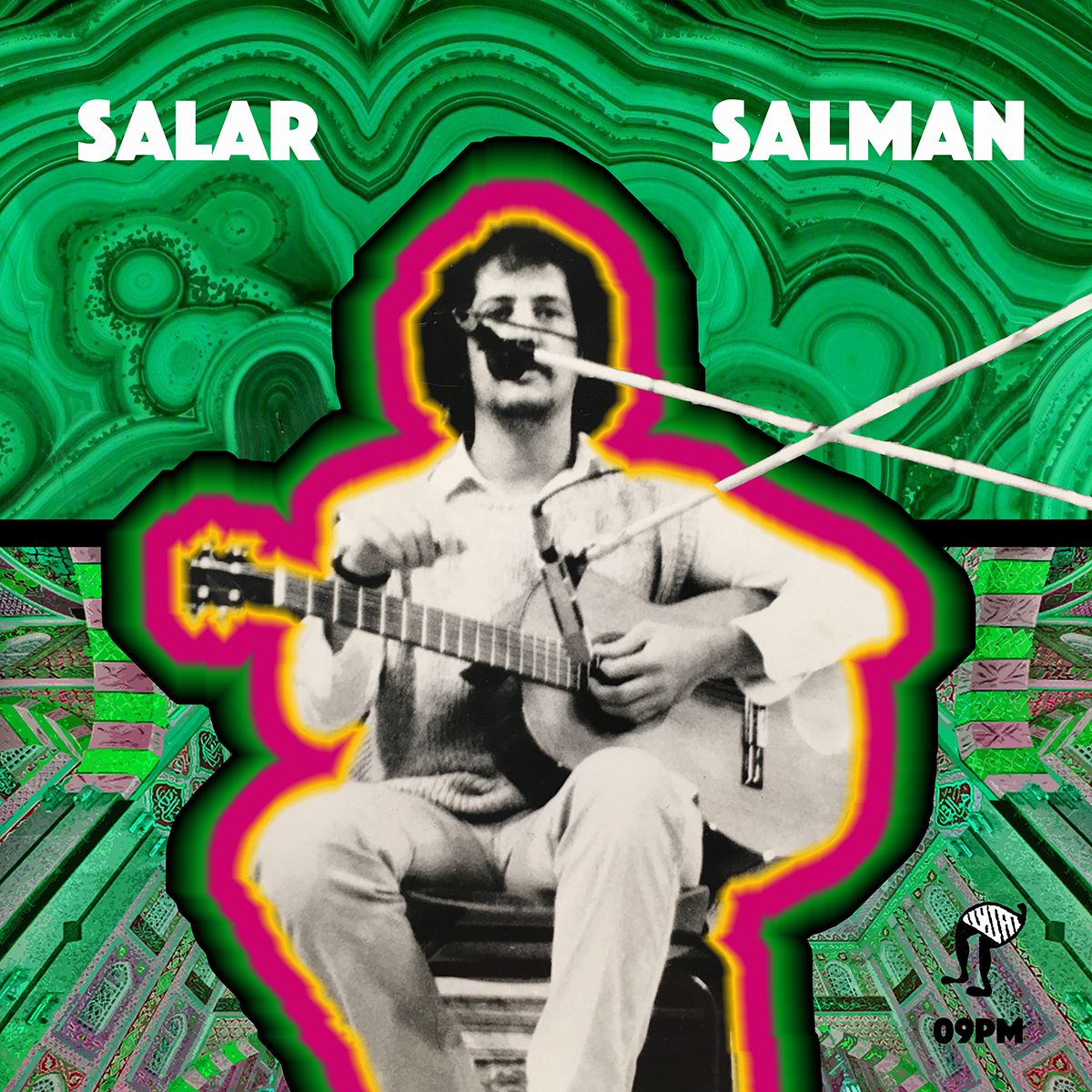 Salar Salman (1959), an exceptional musician and composer, was born in Kirkuk, a city in Kurdistan — the North of Iraq. As a young boy he was famed in his village for his rich and warm voice. When he develloped his talent as a guitar player he was seen as one of the best guitar players from North Iraq. As his fingers found a way to accompany his moving voice, he was able to share his songs with a broader audience. Salar Salman's songs about love, tenderness and soreness affected many people and delivered him the nickname 'Santana of Kurdistan'. Unanswered love, hidden love, lost love, failing love — his lyrics resonated with his peers in their integrity and honesty. But it was not only his new way of storytelling that moved many; the way he composed music was something new. Moving away from the more traditional, folkloric, often monotonous sound, his melodies moved freely. Inspired by Afro-Western sounds from the 70’s and 80’s, like jazz, psychedelic rock or flamenco, he was able to give a new meaning to his own musical heritage and to create an alternative sound that is still influencing younger generations of Iraqi Kurdish musicians today.

Mindblowing Afro-Soul music from Ivory Coast served up by Deke Tom Dollard, an obscure artist who only recorded two albums in 1979 and 1981 but who created an original funky fusion with Bété langage. A Selection of four amazing tracks recorded in Abidjan on two different records label called War Records and As Records.The music here is a mixture of Funk with heavy basslines, traditional percussions, funky guitar riffs, nice horns section and lyrics in Beté. The song “Demonde” is inspired by harmonies of the famous “Dance to the Drummer Beat” by Herman Kelly.Those two rare records were found by Afrobrazilero (aka Djamel Hammadi) and never appeared on the vinyl market. It's almost impossible to have infos about this singer and composer neither the musicians involved in the recording sessions. Most of the traces of the recording session were lost by the labels we licensed the tracks with.Unique, pressed on a deluxe vinyl, remastered by The Carvery, this very Funky album is a must have for all the Afro Funk lovers!

In a world governed by stereotypes, Lachinos break down the boundaries between people and gender. It is impossible to clearly distinguish the origin, roots and cultures that are specific to each of its members. An association that turns out to be as unexpected as it is effective on their first EP America Lachina, out on Goutte d’Or, a sub-label of french team Cracki Records.America Lachina is also and above all an ode to Latin American music. One travels to the rhythms of merengue, cha cha cha, cumbia or even Brazilian surf, always with a musical commitment to rock accents.

The Afro-Funk side of the Latin Soul maestro!Born in Gao (Mali), Boncana Maïga is one of the most talented and popular producer of West-African music since the 60's. He studied flute and Latin arrangements in Cuba during the 60's and founded the famous “Les Maravillas du Mali” in 1968.He became orchestra leader for the national Ivorian TV in Abidjan in the mid-seventies, and toured all over the world with the famous Africando band. During his recording sessions in NYC at the beginning of the 80's with a lot of “Latin musicians” from Puerto Rico, Venezuela or Colombia, Boncana Maïga also recorded few rare Funky tracks with heavy breaks! With the artist, we decided to reissue four rare tracks from 1978 to 1982 dedicated to dancefloor, including a really rare soundtrack for the oil company of Ivory Coast called “Petroci”.In 2018, he'll be back on tour with “Les Maravillas du Mali”, still have a weekly TV show on TV5 Monde and with this reissue will continue to warm your Afro-Funk parties!Fully licensed, 12inch vinyl (45 RPM) including interview. Remastered by The Carvery!

I Know Myself / I Know MyDub…

One of the two new 7" from All Nations Records coming early 2022 is a rework of a legendary tune that all reggae fans know. “I Know Myself” from Ernest Wilson has been a regular play by all champion sounds from Sir Cosxone to Jah Shaka and alikes since late 70’s. Never would be the intention to do better, but All Nations Records likes to do his thing a little bit different, so Simon Nyabinghi has rebuilt the tune entirely in his studio in 2022 style.With a clever recipe of carefully picked sounds and a grooving way of playing, it has the original vibes with a bouncing twist that should suit to all original fans and beyond. All in all, a great humble tribute to a legendary artist sadly gone to zion earlier in 2021.

This is a rare gem of a record from fantastic soul band THE SOUL KIDS stemming from the Democratic Republic of Congo, including covers of James Brown & The Mighty Flames' hit singles "Lickin Stick" (1968), "Papa's Got A Brand New Bag" (1965), Wilson Pickett’s "Hey Jude" and a French vocal version of Otis Redding’s soul hit "Respect ".This amazing young band, which released only four 7inch singles and one album, is a great example of the influence of soul music and French pop bridging to the new Afro soul scene that the musicians of Kinshasa were involved in during the time of post-independence. Ngoma was one of the first record labels intent on providing local artists' recordings from both sides of the Congo river to the people of the DRC and West Africa. Created in 1948 by a Greek man by the name of Nicolas Jeronimidis, the Ngoma label was active through 1968, pressed in France until 1971, with a tremendous catalogue, including this historical and essential soul masterpiece!