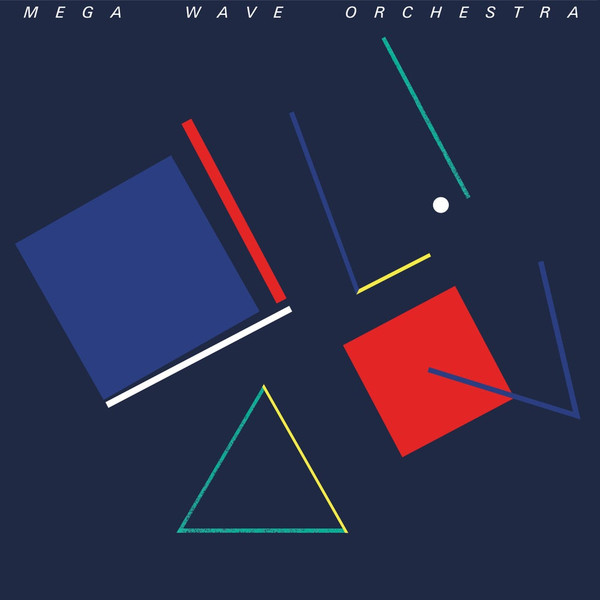 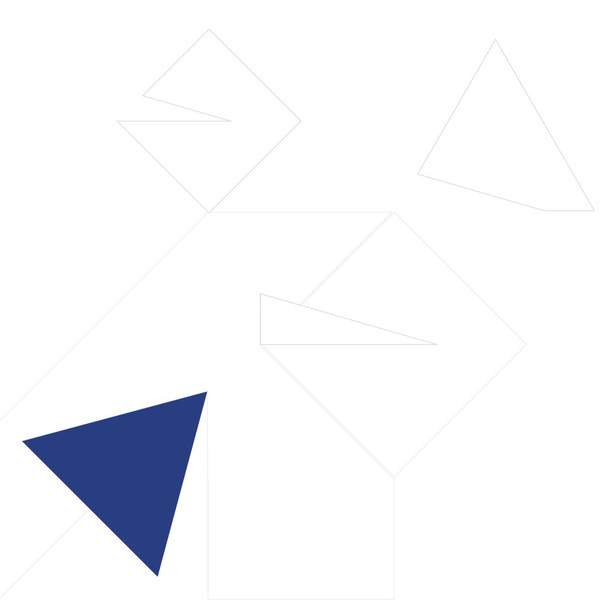 The music on this compilation was, for the most part, originally released privately in Geneva in 1988; the Mega Wave Orchestra, the brain-child of musician, mathematician and composer Christian Oestreicher, was conceived as an multi-media electronic music orchestra.

The Orchestra created a new hybrid music. It was a music with roots in the jazz and classical traditions, but one which also drew on the sonic freedom of musique concrete and the kind of total experience offered by psychedelia. The diverse backgrounds and specialisms of each of the band members/writers resulted in a wide variety of music: from austere drones and granular aural detail to warm oddball fusion and gorgeous but cracked vocal jazz. But it was Oestreicher’s presence, at both the start and end of the process, that provided a sure conceptual framework and a comprehensive sound world. There are useful contemporary comparisons to be made: zoned synth jazz like the Azimuth LP on ECM or Karin Krog’s Freestyle; Larry Heard’s sequencer dreamtime; the Valium minimalism of Pep Llopis or Jun Fukamaki; Dexter Wansel’s shimmering arrangements for Loose Ends, or even the FM sheen meets cold war threat of Donald Fagen’s Night Fly. Here, too, is the sound of music technology about to snowball and define its own aesthetic, unknowingly prefiguring auteurish bedroom producers like Black Dog or The Detroit Escalator Company.

The heart of this music’s appeal lies in Oestreicher’s complex intentions and methodologies. He revels in occupying the unsteady ground between analogue and digital, pushing his players to robotic precision while opportunistically grabbing on to the unpredictable results of computer error. He harks back to communal rigour of big band or orchestra structures, while understanding beautifully that the sounds of the future will not be synthesised imitations of existing instruments but something entirely other. He seizes on the value of resituating or recombining the sounds given to him by his bandmates, twisting them out of shape to create vivid new worlds for the listener to occupy. As a mathematician, he approaches the problem of group music making with a seriousness that results in beauty as a matter of course.

We don’t really know Bruno “Patchworks” Hovart’s secret but we’re always thrilled to get a taste of his proven production skills. After two acclaimed LP’s as Mr President released over the last decade, the Disco ruler is back with some groovy ideas to put the country into clubs again. One Night is indeed a shiny celebration of the genuine spirit of Soul and Disco, always coming with Bruno’s modern touch, fitting all the criteria to become an instant club classic.From start to end, Mr President’s blend of grooves and subtle jazz harmonies brings a definitive Roy Ayers’ feeling to the compositions. Developing his vision along six titles, Mr President certainly knows how to produce hits for modern dancefloors. Just like on his previous albums, Bruno plays most instruments, when not even singing catchy vocals. One more time, he also brought incredible lead singers in the studio, some you may know from different projects already released on Favorite Recordings, like Jennifer Zonou (Hawa), Cindy Pooch & Celia Kameni (Saving Coco) and Sabba MG (Mr President’s previous releases). Thanks to exciting arrangements, they carry the songs to a certain climax which reminds the great US era of disco and house divas. Along the original compositions, Mr President also tackles the challenge of covering Roy Davis Jr. & Peven Everett’s house anthem “Gabriel”, bringing the track into even deeper jazz territories. Of course you may know Mr President from his previous LPs, Number One (2011) and Hips Shaking (2014), however you might also know him under many of his other projects, such as Voilaaa, The Dynamics, Uptown Funk Empire, Metropolitan Jazz Affair or Taggy Matcher to name just a few. Patchworks has been a ubiquitous artist since more than 25 years now, from the House years in the nineties to his recent involvement on different Favorite’s releases like Joao Selva, Pat Kalla, or the last EP of Leroy Burgess & Saving Coco. More globally, through all these years and various projects, Bruno “Patchworks” Hovart’s established himself as an unequalled producer, both in term of quantity and quality, fulfilling his wide passion for music and groove. Some could compare his path to famous predecessors such as Patrick Adams, Pierre Jaubert, Patrick Cowley or Jean-Pierre Massiera, who like him, have all stayed quite underrated and in the shade of the many classics and hits they gave birth to. Who knows where the future will bring him, he’s not finished yet feeding our ears!

Transversales Disques is very glad to announce the release of Nuits Blanches au Studio 116, unreleased rarities from Ariel Kalma’s personal archives recorded in the legendary GRM’s Studio 116 during the 70’s. Born and raised in Paris, Ariel Kalma started playing the recorder and saxophone as a youth. After successive studies of Computer Science, Music and Art in Paris he performed in various concerts from middle-age music to free jazz duo. Ariel performed and recorded with several bands (J. Higelin, R. Pinhas, NYL, G. Scornic, Baden Powell…). After learning circular breathing on soprano sax, Ariel could include those endless notes into his own long-delay-effect system, dual Revox set-up and two tape machines “chained” together to form a long delay system.In France during the mid-1970s, Kalma was staffed as a recording assistant at legendary Groupe de Recherches Musicales (INA GRM) studios, where Ariel recorded some of his compositions in the Studio 116; the same music “concrete” laboratory that spawned masterpieces by members Luc Ferrari, Bernard Parmegiani…

After gaining a solid reputation over the past few years thanks to his numerous productions for artists such as Drake or Slakah the Beatchild to name just a few, French producer Häzel finally presents his first solo project. Available Mai 16th on 12inch & Digital, these voluntarily J-Dilla influenced 6 tracks build a superb Hip-Hop/Soul opus. ‘Playground’ will also be released on Catblock Records, new label launched together by Favorite Recordings.

For this first volume of Musax Background Music Library, Farfalla Records continues exploring the maze of the french library music through one of its most discreet and prolific representatives: Jacky Giordano and one of his many projects, the Musax label. Farfalla Records carefully selected this tracklisting among LPs recorded between 1978 and 1979 of which the originals became particularly sought after by the collectors. Jacky Giordano who appears under his aliases Joachim Sherylee and José Pharos, is surrounded by qualified and renowned musicians such as Jean-Pierre Decerf, Jean-Claude Pierric, Serge Planchon, Patrick Petitbon, Gérard Gesina, Jean-Charles Capon, Daniel Humair and also a band composed of members from the legendary Crazy Horse cabaret, namely Pedro Perea, Claude Brisset, Bruno Bompard, Jean-Claude Guselli, Claude Thirifays, Vincent Momplet and Joseph Gatineau. This selection mixing explosive jazz-funk, lascivious jazz and electronic music more spacey or experimental, which could also be the soundtrack for a TV show, a porn movie or a car chase between cops and gangsters in the bad neighbourhoods of Paris. A fascinating slice of the French music scene of the late 70 is brought to life before our very eyes. (Erwann Pacaud)

For his twelfth studio album, Pianissimo, Matthias Vogt ([re:jazz], Motorcitysoul) makes a clear political statement in symbiosis with his well-placed notes and the stylishly experimental and pronouncedly eclectic electro-jazz sound. Pianissimo does not only mean playing very softly but also playing very intensively. It is definitely not an album to skip through.Matthias Vogt combines great music with current socio-political attitudes and issues for this new album. He conducted interviews on topics like “climate change” with people from his circle of friends and acquaintances - creatives, artists, activists and musicians who tick similarly to himself and with whose voices he could give expression and form to his own thoughts. With this material, he created this hybrid piece of music and socio-political reflexion.His companions are Demian Kappenstein (ÄTNA & Massa) on drums & guitarist Daniel Stelter (Sing mein Song, TV-Total Heavytones). Vinyl incl. the outer packaging will be produced on a completely recycled basis by INFRACom! which starts its 30 years celebration with this release.