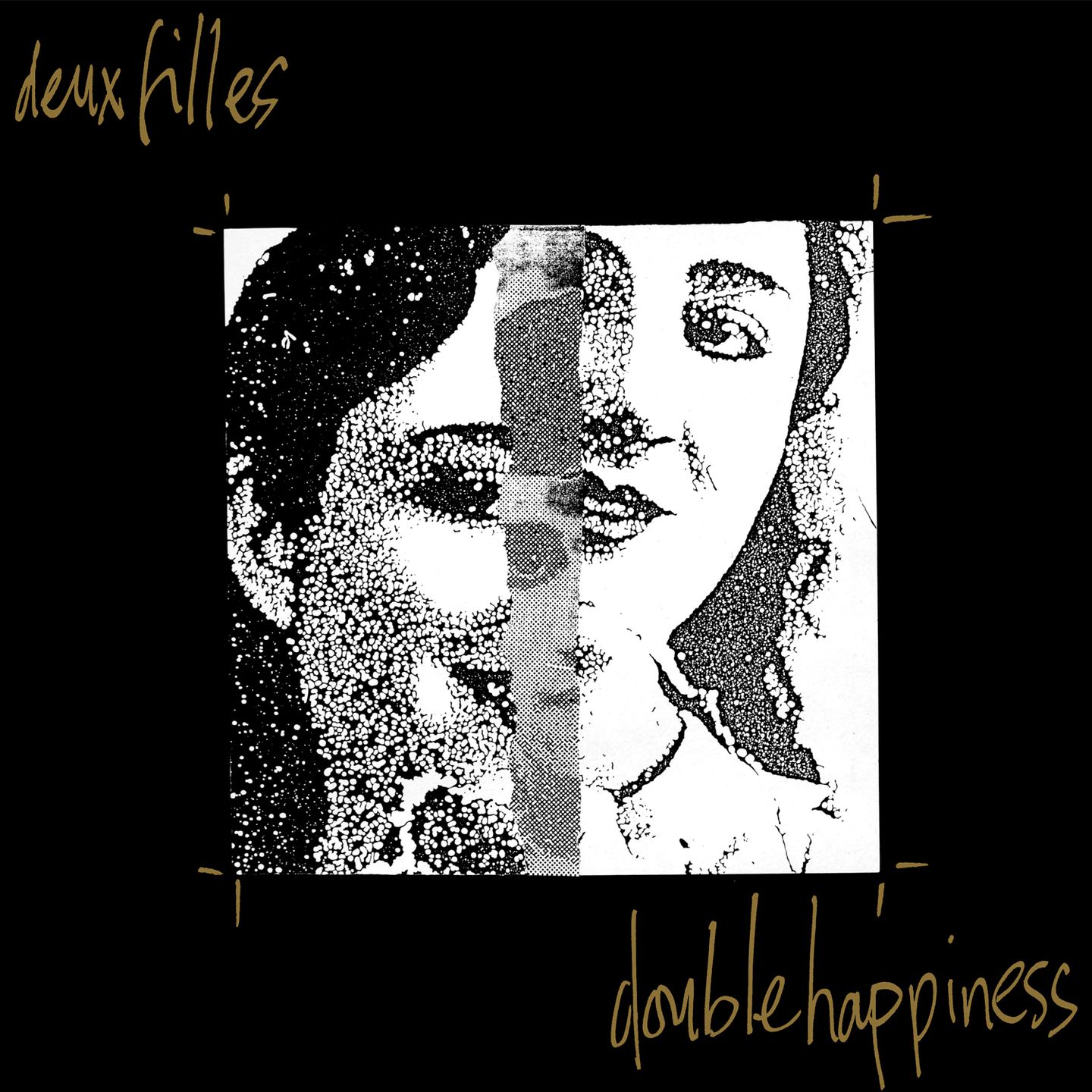 Deux Filles was not, in fact, two girls despite what the group name and its elaborate hoax of a backstory suggest. No, they were not Gemini Forque and Claudine Coule, French women who met as teenagers under tragic circumstances and became fast friends, recording two albums together before disappearing into the ether. In reality, Deux Filles was Simon Fisher Turner and Colin Lloyd Tucker, a UK duo who first worked together in an early incarnation of The The.

Straddling the line between experimental and pop, Turner was an actor and teen singing star who later composed soundtracks for the iconic queer filmmaker Derek Jarman while Tucker’s career began as an engineer for the famed UK library music studio, De Wolfe, before forming experimental wave group The Gadgets. In Deux Filles, the duo found an outlet for their least commercial tendencies, combining lo-fi proto-dream-pop instrumentals with samples, tape experiments, ambient textures, and drum machines. Even in the vibrant, seemingly endless well of UK DIY, Deux Filles stand out.

Double Happiness is the duo’s second album, originally released in 1983 on their own imprint, Papier Maché. Full of meandering guitar and with a more ominous tone than the debut, the album is recommended for fans of Durutti Column and Thomas Leer & Robert Rental’s The Bridge.

Who Art In Heaven

The Sun On The Sea

The Snow Falls And The Village Is Overflowing With Children

Sarah Benabdallah and Alexis Lebon are a very 21st century musical coupling, absorbing their metropolitan surroundings while tapping into a rich cultural heritage, not unlike fellow countrymen PNL or the Dutch band Altin Gün. A Paris-based duo set for greatness they might be, but it’s fair to say Mauvais Oeil are operating under a misnomer: while their name means “evil eye” in French, you’ll only experience enlightenment when you lay eyes (and ears) upon them.Mauvais Oeil are set to release their debut EP Nuits de velours, a magical melting pot of musical shibboleths and contemporary grooves. On opener “Mes nuits de velours”, we’re transported in the land of 1001 Arabian Nights, with the music every bit as smooth and alluring as the subject matter. “Afrita” is a trance-inflected musical acclamation evoking all the madness and gayety of a midsummer souk. Sung entirely in Arabic with delightful blasts of strings, it’s a North African-influenced banger with a delicate wistfulness.“Asha” meanwhile is in a reference to Asha Vahishta, the middle-eastern concept of truth according to the ancient religion of Zoroastrianism. Sung again in Arabic, it features catchy Phrygian guitar manoeuvres played over ambient analogue keyboard strokes. The E.P. is completed by “Constantine”, a song of longing, dedicated to the home of Sarah’s forebears.Having met in the arty northern faubourgs of Paris, Sarah and Alexis soon developed a musical telepathy and a shared sonic agenda, mining their own histories for the profound cultural roots that underscore Mauvais Oeil, while absorbing the ubiquitous sounds of the suburbs, where Turkish, Armenian and Ethiopian music ring out. The band’s moving and melancholic chansons are delivered with a delightful French pop sensibility, making Mauvais Oeil one of the most exciting and musically diverse prospects in 2019.

After their two acclaimed edits EPs, Mister T. Records are now joining forces with LA based producer DJ Duckcomb, to deliver a groovy selection of leftfield italo-disco cuts reworked for dancefloors. One year after the release of their 2nd EP, a tribute to Brazilian music, Mister T. records are now back with a 12” EP showcasing their love for obscure disco and Duckcomb’s amazing digging skills. This record aims to be a tribute to the very special sound of the late 80s electronic music and to both the artist’s and label’s lifelong passion for obscure italo disco.Famous as a record collector, Duckcomb has also made himself a name by editing forgotten jewels from classic disco to islands reggae. Part of both duos Sharegroove and Trap.Avoid, he’s been sharing his work and latest discoveries on his bandcamp and soundcloud for years and he has already released two EPs on Universal Cave and Pleasure of Love as well as edits on Cultures of Soul and Emotional Rescue.He’s now joining Mister T. Records with a 3-track EP compilation of hard to classify, slow-tempo, disco edits. On the A-side, Duckcomb partnered up with his longtime friend and DJ partner Dino Soccio, boss of California label Pleasure of Love, for a powerful rework of the German proto-house tune “Holidays”, with a new dancefloor oriented beat and emphasized tropical influences.On the B-side, he showed his editing skills working on two obscure downtempo tracks with that recognizable late 80s melancholic atmosphere. By removing not danceable parts, building DJ-friendly grooves and removing unnecessary vocal parts, he managed to come up with a smooth italo ballad with acid accents on “S.O.S.” and a beautiful balearic new-beat jam on “King (of) a Beat”.

After a few other successful projects, Franck Biyong, French-Cameroonian Afrobeat composer, guitar player and singer is back on Hot Casa with a hot futuristic Afro-Brazilian club anthem.The similarities and filiations between traditional West-African drumming and Afro-Brazilian religious musical rites are many: under colonial rule African people and African slaves outwardly practiced Christianity but secretly prayed to their own God, Gods, or Ancestor spirits. So we aimed at keeping the gritty urban menacing sound and poetry of Afrobeat with the percussive mass rumble of Batucada and poignant beauty of Carioca. We then got in touch with Cristina Violle, the first lady of “Samba de Roda” in Paris who graced us with a startling inspired and heartfelt melody. The first completed version of the song then briefly went on alternative radio, we also made plans to release a vinyl version, but for one way or another we shelved the project, without thinking we would get back to it again…until a few months ago.We went back to the studio last summer and started ironing the song again from scratch. That same initial spirit and energy caught hold of us again from the day we started and we worked relentlessly to create a balanced but experimental track, showcasing rootsy sound, pop instrumentation, tight world beat drumming, song structure, jazzy horns, spacey synthesizers, choral-like vocal harmonies with call and response figurative vocals.We now proudly present this brand new record; Like our predecessors years ago, we subconsciously did our best to keep alive a longtime tradition of cultural tradition of African Artistic Renaissance, pushing further musical themes of contemporary African sound. To be continued…

The Last One To Preach…