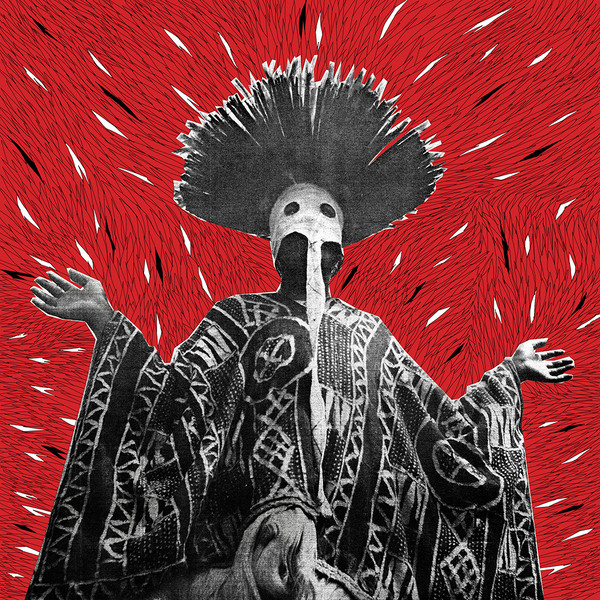 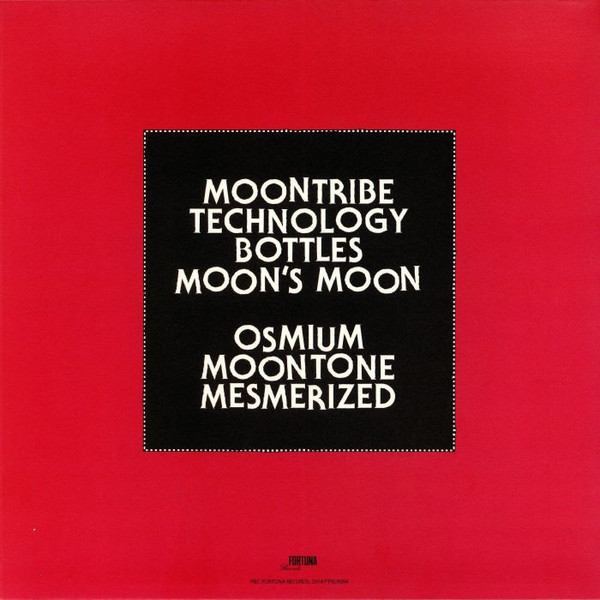 Fortuna Records return with a mysterious album by the anonymous artist known only as Moontribe. A deep-space journey between tribal percussion, hypnotizing organs and long echo ripples, all joining in for a snake-charming voodoo ritual of which Moontribe is the Shaman. Expect African drums, hints of cumbia, and distant galaxy exploration in unmeasured doses. An absolute must-have for fans of Sun Ra, Moondog, and Idris Ackamoor.

A revival, a resumption, a revelation… call it as you wish, Ray Stephen Oche is now delivering his musical message: fire, fun, fury, talent and magic. This is music from the African heartland, dense, intense, a genuine fermentation of black African experience in sound, a translation of Ray Stephen’s essence into a soothing, meaningful balm for your eager auditory faculties. Such is this album of “dedications”.

Third release for the young label Slow Bistro records, created by Slow-L in 2019. This is a brand new 2021 never released before 12” after two sold-out releases in 2019, we sold lots of these at french shop Dizonord and are happy to share the tip now. Italo disco & new wave inspired tracks rather than pure house, these are still fitted for the clubs. Great pictures from the French Japanese artist Maï Saikuza on rear and front sleeve.

Parisian DJ & producer’s duo, Cléon & Jazzy Pidjay, are back as Last Bongo In Paris, with a hot new 12inch filled with Latin & Brazilian soul-funk vibes... With raw drums, heavy breaks and jazzy flavor, these 5 tracks EP should quickly become a hit for all groovers and dancefloors!!Cléon & Jazzy Pidjay have been united through their love of music and hip-hop culture for a while. DJ Cleon is one of the finest producer in France for breakdance battle music, also respected as a fine wax digger, mixing all kinds of music together, such as disco, funk, soul, jazz, breakbeat, hip-hop and more old and new records. Alongside his mate Jazzy Pidjay and his great production and mixing’ skills, they give a new dancefloor life to hidden and forgotten musical treasures, through funky uptempo tracks.

A Journey Into Cameroonian Music…

For its 3rd releases, Nubiphone is proud to present you a compilation of the best early 7inch releases of the mythical Cameroonian band Los Camaroes. 10 raw tracks taken from various singles from 1968 to 1975, that present the musical diversity played by those seven young people: Bikutsi, Afro-Funk, Jerk, , Soukous, Rumba & Blues music. The band led by the charismatic lead vocal Messi Martin that managed to modernized Cameroonian music. Deluxe edition that includes an 8-pages booklet, with exclusive pictures, biography in both English and French languages, and a HQ digital download card.

Pursuing their explorations in the vast corridors of international Funk and Disco music, Favorite Recordings and Bruno "Patchworks" Hovart present us Voilaaa. Following a first 2 tracks single acclaimed this summer and clearly revealing the Afro-Disco inspiration of this new experience, here comes Voilaaa’s first album, titled On te l’avait dit.Under the imprint of the label and after their long years of collaboration in the achievement of projects such as The Dynamics, Mr President, Mr Day, Patchworks Galactic Project, or Taggy Matcher, the insatiable French producer therefore returns to his first love and specialty, Disco music, staring this time at the African and Caribbean influences.Indeed, as everywhere in the 70s and 80s, Funk and Disco movements were extremely influential in these regions, and in most cases, the combination of the festive, yet sometime futile nature of Disco, and the instinctive, deep, sometimes rough nature of African music, sounds like a perfect balance. Aiming to find back this energy and specific sound, Patchworks quickly began producing a few tracks; Using his unique and ruling beats and bass lines as foundations, this time he dresses all with guitars, keyboards and brass distorted with vintage and DIY effects pedals and boxes. Surrounded by a very dynamic music scene, where there is no shortage of artists with African origins, Patchworks decided to work with local singers, even if it means to accompany them on unusual musical paths. A more than successful bet with a result surprising of authenticity, as it’s unveiled recently with two explosive titles alongside Sir Jean and Pat Kalla, both from a musical background as rich than different.The 10 tracks of the album are instantly up to expectations, chaining hit after hit tirelessly, and offering a few more brilliant collaborations with Renaud Bilombo, but also label mates Hawa and Fouley Badiaga. With this new escapade, Patchworks and Favorite Recordings make a strike again and confirm them a little more if needed, as the true warrant of the modern dancefloors’ loyalty to the spirit of their mythical ancestors ... Voilaaa tout (Thaaat’s all)!!