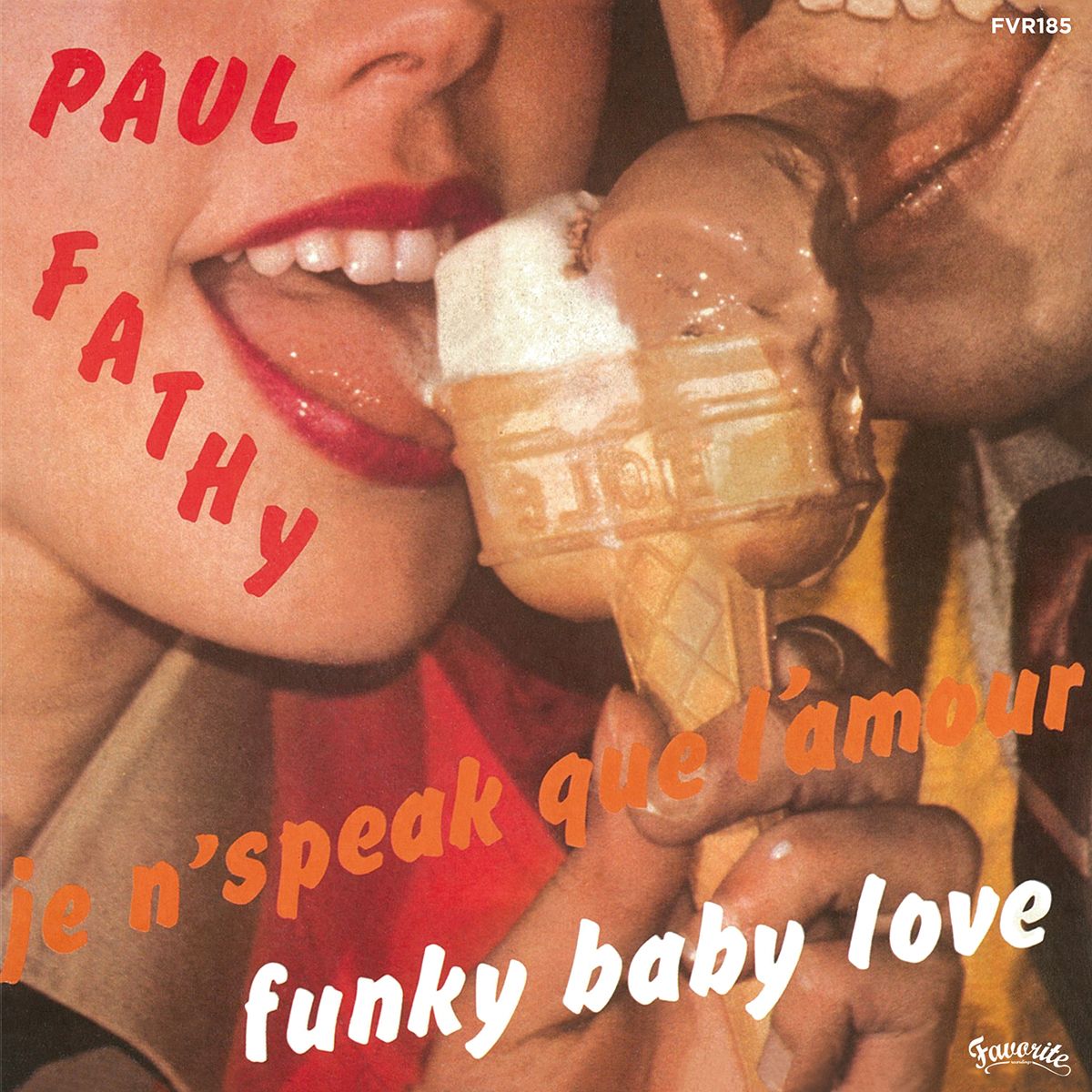 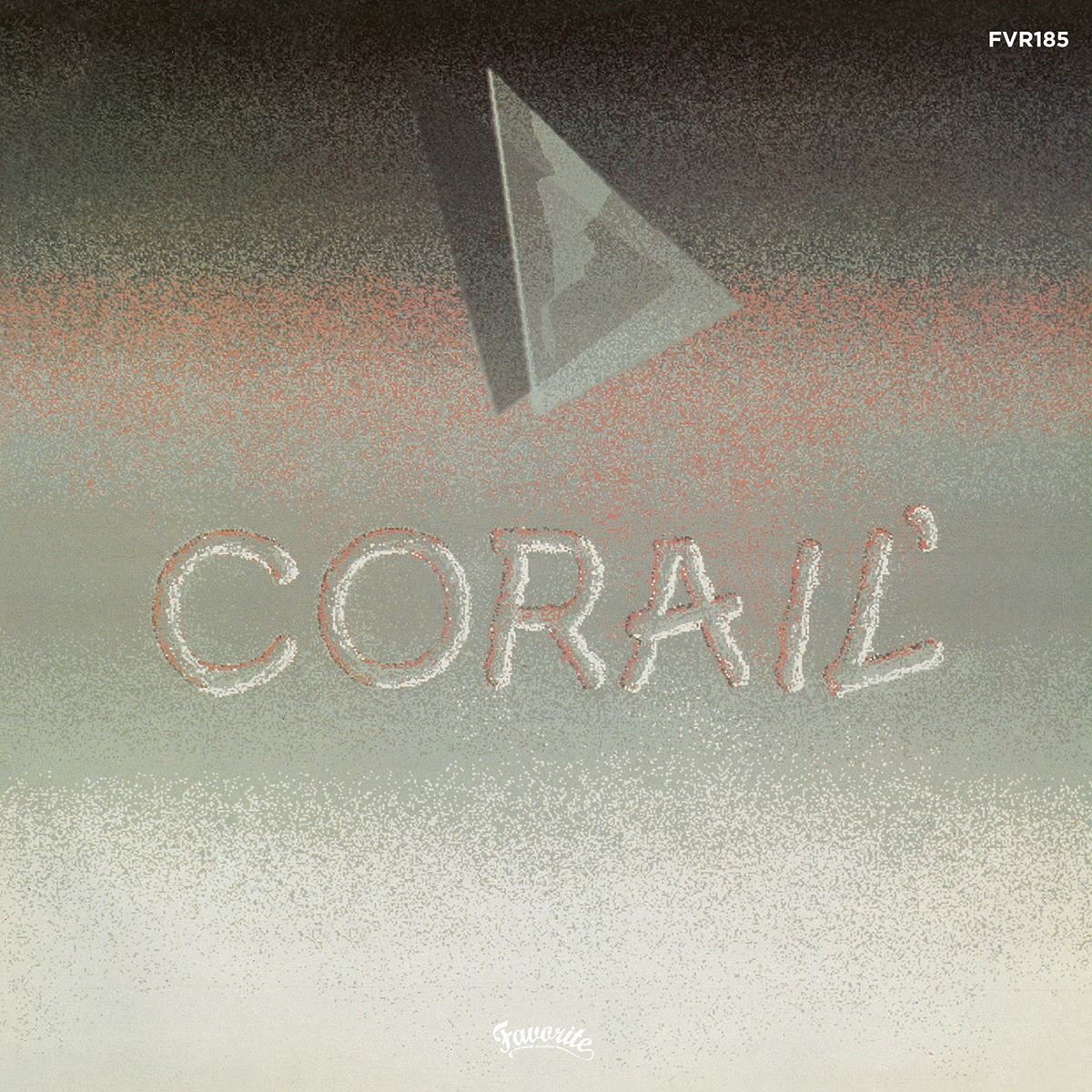 Favorite Recordings proudly present a new series of 7" reissues with a simple concept: each side dedicated to one French funky track coming with its original artwork. You just have to flip it!

Starting with "Funky Baby Love" by Paul Fathy, it could not get funkier! The French boogie track originally compiled by Charles Maurice on French Disco Boogie Sounds Vol. 3, is your perfect tool for the dancefloor. It brings together all the ingredients of a great production with irresistible disco strings, a catchy chorus supported by beautiful backing vocals and its final climax will bring the dancers to a point of no return.

On the other side, you get an exclusive reissue of West-Indies band Corail', with their song "Karukera C'est Comme Ça" taken from their eponymous album. This under-the-radar, zouky and funky track will surprise every listener with its appealing arrangement and lyrics: "Ça va danser / Sur l'île aux oiseaux". Soon, you won't be able to get it out of your head. The bass is groovin', the rhythmic guitar is infectious and digital keyboards are on point: we're pretty much sure this one will become sooner or later a banger of its own.

For their 50th release, Favorite Recordings are back with a wicked official reissue Human Egg : a super-obscure oddball disco funk goodie by French studio wizz Jean-Pierre Massiera, the man behind cult classics such as Venus Gang’s “Love to Fly” and Herman Rocket’s “Space Woman”!The Human Egg album was recorded in 1978 at the Antibes Studio in France, featuring purely french musicians. Don’t miss this rare masterpiece on Favorite Recordings.

Created in 2005, Trevor & Lisa is a Parisian Funk band founded by Sébastien Despicht (guitars, talk box) and Mikael Prignot (programming). With Stéphane Ugolini (keyboards) who joined them later on, they formed the core production trio of the group, helped around with various other talented musicians. Built for live shows, Trevor & Lisa has strongly toured the French and Parisian gigs scenes, with also numerous radio shows (Nova, Generations, Le Mouv, ...) or TV shows (France 4). Additionally they developed several collaborations, for example with famous soul diva Gwen McCrae (as her backing band) or with French singer Mounam (from The Dynamics) on “What Needs Mama” single. Meanwhile, Trevor & Lisa also produced two punchy 7inches released on Favorite Recordings and which could be considered as a preview to a long player.This first LP will finally be released early 2013 on Favorite Recordings, and it’s filled with the same contagious energy they gave off on their previous records and live shows. Clap ‘N' Hustle is like a call to dance, filled by a deep groove and boosted with relentless breakbeats and percussions. With an ambitious production, this first album has involved many talented musicians and many guest singers such as Jehro, US underground rappers Rita J, Raashan Ahmad and Clyde King Rap (Real Fake MC), his longtime mate DJ Suspect (The Funk League) at turntables, or Julien Tekeyan at percussions.The program for this Clap ‘n’ Hustle : instrumentals spiced up with burning breaks (Night Of The Wolf, Tango Hustle, ...), old-school rap influences (Soul Clap, Dope On Plastic, ...), a taste of Californian Blue-Eyed Soul (My Friend ...), some talk box and vocoder embellished with an incisive brass section, all of it punctuated with interludes made of finely selected samples. Finally, Liza Rose and Yann Kesz have brought up their personal touch for visuals, artwork and videos.We hope you’ll enjoy !!

In the 1960s and ‘70s, unbeknownst to most, Saigon (today named “Ho Chi Minh City”) had become a fertile environment for a flourishing music industry which produced countless recordings of beautifully crafted songs.Ho Chi Minh City based band, Saigon Soul Revival has been bringing alternative pre 1975 music from Saigon back to the stage since 2016 with their live performances. Honoring the original composers, singers and the golden era from which this music (Nhạc Vàng) came, while applying new arrangements and interpretations of old Vietnamese songs. With tight grooves, psychedelic textures and a powerful unique sound, SSR has performed countless shows at a variety of venues across Vietnam, and accompanied live the two release tours to the Saigon Supersound Compilation releases.While spending the last three years studying and playing this music, Saigon Soul Revival teamed up with producer Jan Hagenkötter (Saigon Supersound / INFRACom!) and finally in January 2019, they started to create own compositions in the same vein for their debut album Họa Âm Xưa. The album was recorded in Vietnam with additional guests during one week in May this year.The album focuses on compositions that fuse Vietnamese lyrics and sounds with influences of western rock, soul, bolero, tango and other popular genres of this time period, most of which was banned after the war. This project strives to revive this beautiful musical heritage of Vietnam which represents an important cultural bridge between east and west.

Hot Casa Records present Togo Soul 70 (Selected Rare Togolese Recordings from 1971 to 1981). A treasure-trove of rare and unusual recordings mostly recorded in Lomé during the 70’s, a fusion of traditional voodoo chants, raw soul and Afro jazz. Finding these tracks and their rights holders hasn’t become any easier even after few trips all over this west African country bordered by Ghana, Benin & Burkina Faso.We, at Hot Casa Records, decided to select 13 tracks, a snapshot of some hundreds of rare and often forgotten tapes from the most prolific, professional and exciting phase of the country’s recording history, including international stars like Bella Bellow (who even performed to Maracana stadium in Brazil), or Roger Damawuzan, compared as the James Brown from Lomé, and forgotten tapes and brilliant songs in Mina, Kabyié and Fon languages. Many of the tracks featured here are peppered with innovation and experimentation highlighting how diverse the music scene in Togo was at the time, even if the political context influenced their creation.A must have for all music lovers, also used as the soundtrack of the documentary Togo Soul 70, directed by Liz Gomis & DJ Julien Lebrun!

Message In Our Music Volume II…

SOL DISCOS is extremely happy to introduce the second volume of their Message In Our Music compilation series, selected by WAXIST. This album is the result of more than two years of work in researching the original recordings, the artists involved & licensing the different songs. Focusing once again on the Modern-Soul genre, the album brings back to light eight extremely rare songs from the mid-70's to the mid-80's, all officially licensed. From the heavy synth Gospel Boogie of Sharnell Morton's "You Are My Shining Star", to the magnificent Network & Co private Disco "Spirit Of The Boogie", most of these songs are highly difficult to find on their original format, not to mention at a decent price. Direct Connect Shun’s "He's No Good" records have been destroyed in a flood, and the few copies which have sold on the Internet reach the 3 figures price tags for example. Also, the album is proud to introduce to a wider audience some lesser known but exceptional recordings such as Janice "Nikki" Harrison's "Magic of Love", which is taken from a Broadway musical produced & composed by Ted Wortham - who also composed for Philadelphia International Recordings artists such as Teddy Pendergrass, Anthony White or Jean Carn. Message In Our Music Vol.2 has been fully remastered, and features interview based liner notes, along with never seen before pictures of the artists selected.

In the '70s, Yan Tregger was far to believe he would become one of the most emblematic artists in the "sound illustration" scene. Yet today, his albums are highly coveted by "diggers" all around the world. At the time, nobody paid much attention to all those records that were classified as sound illustrations, or library music. Yan Tregger started out in this environment in the late '60s. He was remarked after making several recordings for the credits of TV shows, and received a proposal to compose his first album. It was a small label (Marignan), the sleeve design was skimpy and the track titles were bizarre... Yet when you listened, the sound was seriously groovy. The album was called Freezing Point and a mere 300 copies were pressed.Thanks to this first test, other "illustration" professionals were convinced by Tregger’s qualities. During this period, there was no lack of work but there was no glory on the program either. In the '70s, many different labels such as Neuilly, Montparnasse 2000, or the Italian CAM label, called on his services. Shortly afterwards, Philips released two of his records under the name Major Symphony, and then Polydor issued the two M.B.T. Soul albums, including one international success, "Chase".Up until now, despite the interest shown in his discography, no reissue had been undertaken - an omission that has just been fixed thanks to the release of a compilation that we are pleased to present. Let's start with the main information: the tracks included on the album were selected jointly by a number of collectors and Yan Tregger himself. The selection is rich and surprising. The A side is more "seventies", with an instrumental pop style and a psychedelic vibe, while the B side is more rhythmic and melodious, corresponding more with the funky disco moods of the eighties.