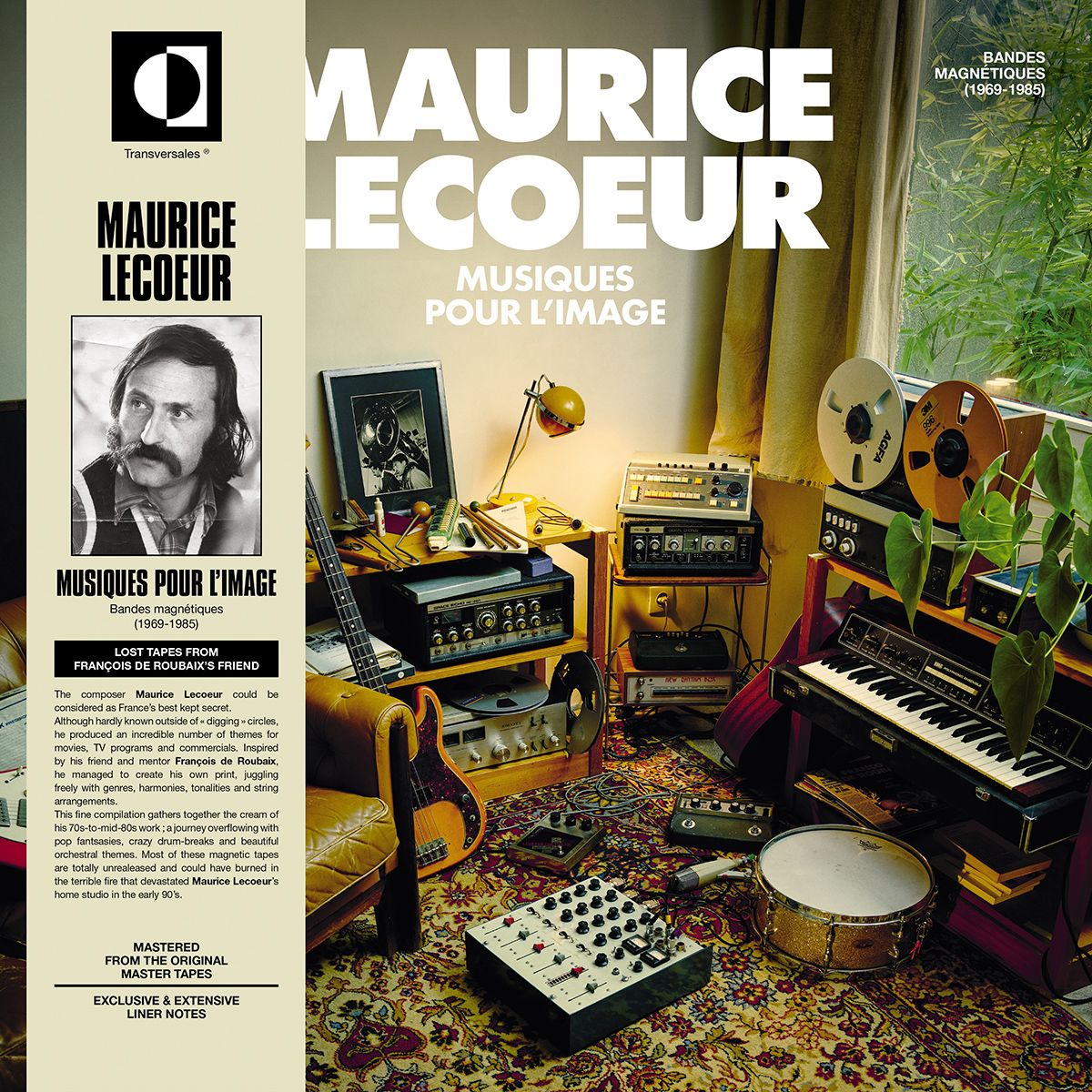 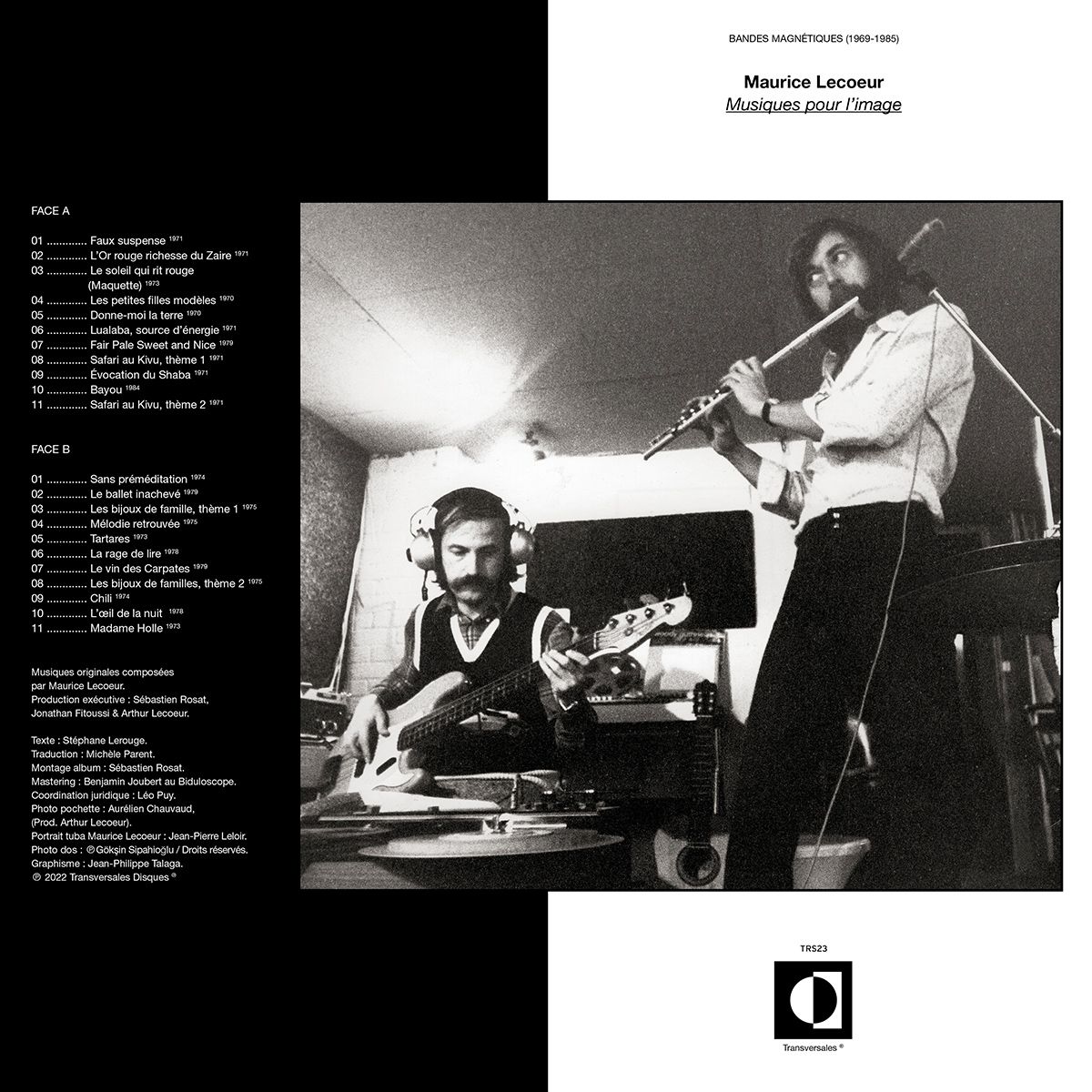 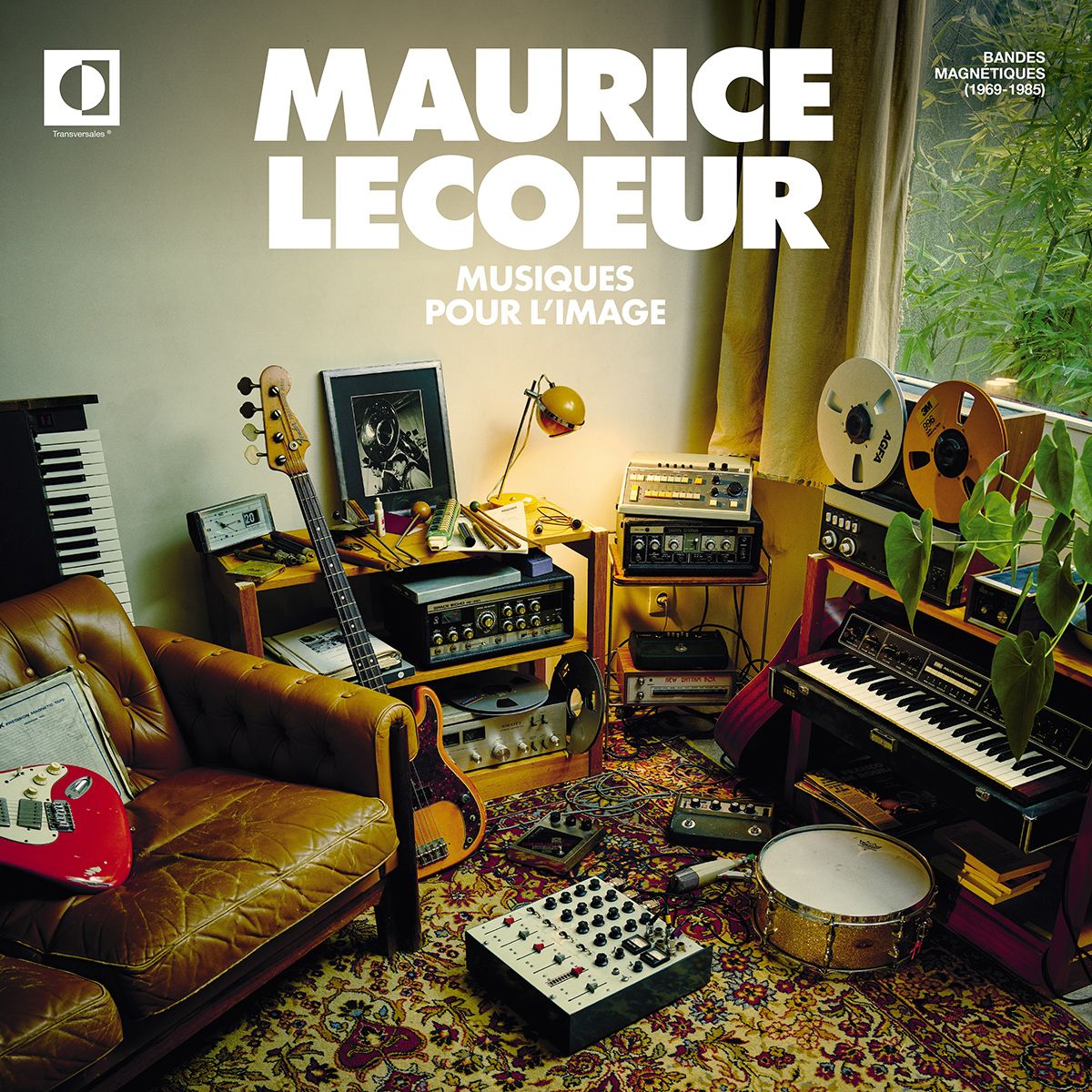 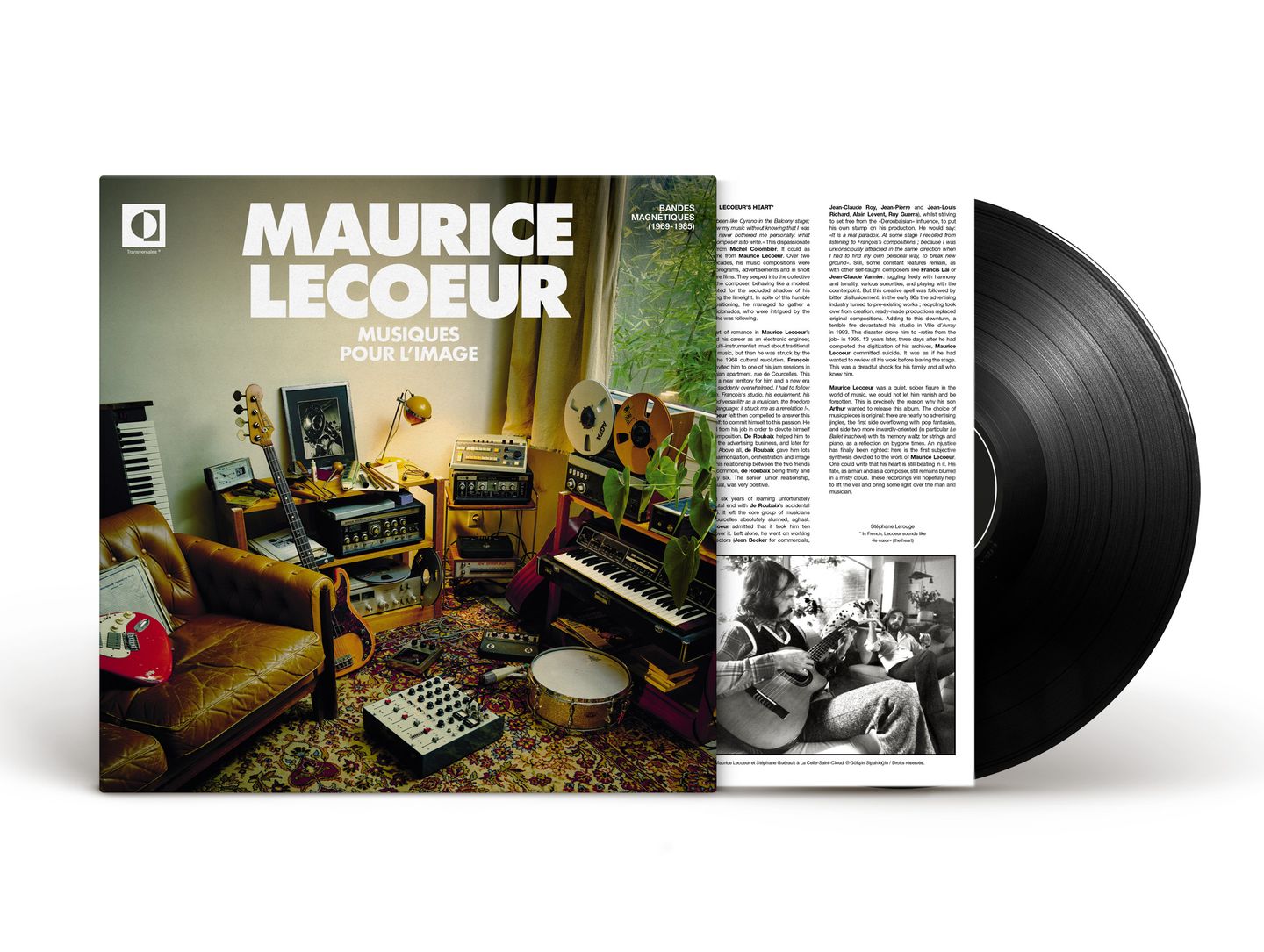 Maurice Lecoeur could be considered as France’s best kept secret composer. Although hardly known outside of « digging-nerds » circles, he produced an incredible number of themes for movies, TV programs and commercials. Inspired by his friend and mentor François de Roubaix, he managed to create his own print, juggling freely with genres, harmonies, tonalities and string arrangements.

This fine compilation gathers together the cream of his 70s-to-mid-80s work ; a journey overflowing with pop fantasies, crazy drum-breaks and beautiful orchestral themes.

Most of these magnetic tapes are totally unrealeased and could have burned in the terrible fire that devastated Lecoeur’s home studio in the early 90’s. For fans of Jean Claude Vannier, Michel Colombier, François De Roubaix and Janco Nilovic…

The Cool Feedback Quartet’s music is quite similar to a philharmonic orchestra manipulating new material: feedback, or in other words, the unexpected beauty of sound when it is let loose. Becoming its master so as to make the best use of it, like a new instrument, the guitar pick up plays again on request. Harmonizing sounds like a string section gone wild would, like light piercing through ether, tearing up the background and taking us for good to unknown territory.The bandleader, Grégoire Garrigues, who first got the idea of the concept and got the ball to roll, is a well-known and respected French guitarist.Grégoire Garrigues: Guitars, Bass, Keys & Percussion / F. Robert Lloyd: Guitars / Iann Assuied: Drums / Michel Guikovaty: Piano & Clavier

Afro-Soul Holy Grail by the “Soul Brother from Benin“, featuring the famous “Vis à Vis” band from Ghana and recorded in Kumasi in 1979.Stanislas Tohon aka Papy Grande was born in the “Country of the kings” (Benin), in Abomey 1955. He’s “Chevalier de la legion d’honneur” in Benin for his brilliant musical career.The famous soul singer from Cotonou started his musical career at this age of 9, played with the greatest such as Gnonnas Pedro and recorded almost 35 albums. Influenced by the traditional “Tchingoume“ music , he invented his own rhythm called “Tchink Système”, a mix of soul and Beninese traditional rhythm . Dans le Tchink Système is an original 4 tracks album recorded in Ghana on 24 analog tracks channel with the incredible “Vis à Vis Band”, completed with the song “Africa“, a rare version of his first 7inch which he recorded a year before with “Les Satelites” from Cotonou. Sang in Fon, his native language from Benin, this album is a soulful call for peace and unity in Africa, a real definition of Afro Soul music! This extremely rare and obscure record is now remastered and strictly limited to 1000 copies.Enjoy!

This Incredible afro-soul album was recorded in Italy in 1974 by the two Nigerians Ezy Hart and Isaac Olashugba. Ezy is known for his vocals while Isaac for playing saxophone. They are ex-members of Fela Kuti’s Hi-Life Jazz band, The Koola Lobitos and The Don Ezekiel Combination. After doing amazing collaborations together, recording a few Christian-Funk albums, and touring all over West Africa, these two finally settled in Italy were, after almost two decades, they not only toured through the all country, but also through Switzerland and Monte-Carlo.The Funky Fella, a group of 12 top Italian musicians such as Maestro Leoni from Rifi records, produced three albums with Ezy and Isaac. The first one is called Soul Rock and is considered as a Soul masterpiece. It contains the bomb track called “Bawagbe” ; This track is very tuff, hypnotic afro-soul groove with ruff Yoruba chants, smacking congas, afro horns, funky breaks and a wicked percussion breakdown of rattling cowbells. It`s a very unique collectors’ item for the afro-funk lovers and more. We’re also including a bonus track called “I’m Ready For you”, coming from the rare funky 7inch released in 1976.Soul Rock is considered gold-dust, it`s the Holy Grail of Afro-Italian funk.

Nine unreleased and rare tracks from the amazing Roger Damawuzan also known as the “James Brown from Lomé”, backed by the tremendous “Les As du Benin” orchestra, and recorded between 1972 and 1981.Born in 1952 in Aneho (Togo), “The king of Gazo” (a traditional rhythm) is one of the most popular singer of his native country. He started his career in 1968 with the “Ricker’s” but his first record was released in 1972 with his now classic hit “Wait For Me”.From 1972 to the early 80s alongside “Les As du Benin”, they worked more than 5 days a week at the Hotel Tropicana in front of the sea with many tourists around and it was a very good exercise to work and create a perfect Afro-Soul sound. During this period they also recorded many tracks, sometime in Ghana at the famous Philips studio, sometime during live session for big events in the “Palais des Congres de Lomé” and studio Otodi in Lomé, always live and analog.Today Roger Damawuzan lives in Lomé; in 2014 he was the featuring singer on the smash hit “Pas Contente” by Vaudou Game and performed with the band in different European big festivals.Roger Damawuzan & Les As Du Benin can be considered as one of the biggest figure of the African Funk scene from the 70s: A must have record!